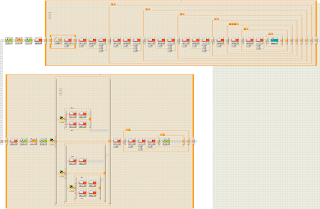 Peter said…
When I went to Help -> About there was a text referring to the software as Labview. But the commercial name of the software that comes with Lego NXT 2.0 definitely is not Labview. Thanks for the note.
Mon Jan 07, 02:58:00 PM GMT-2

Anonymous said…
I think you should make a link that allows us to download the color sorter program onto the nxt brain. Please do that soon. I'm running out of patients.
Mon Nov 04, 09:14:00 PM GMT-2